SECTION I. NAME AND OBJECTIVES.

Encourage the exchange of information by members of the unit and other interested parties residing within the state of Idaho and the eastern portion of Washington. 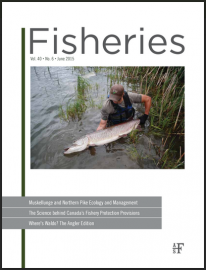 Our mission is to:

• Advance the conservation, development, and wise use of fishery resources for optimum use and enjoyment for all humanity • Gather and disseminate information about fisheries science and management • Promote and evaluate the educational, scientific, and technical aspects of the fisheries profession